Chinese auto giant Great Wall Motors sold 3,597 new energy vehicles in May, down 52 percent from April, according to an announcement it made on June 8.

The vehicles all came from Ora, the company's electric car brand focused on the female user segment.

It's worth noting that Great Wall Motors has been reporting new energy vehicle sales since July 2020, and they haven't always come from Ora. 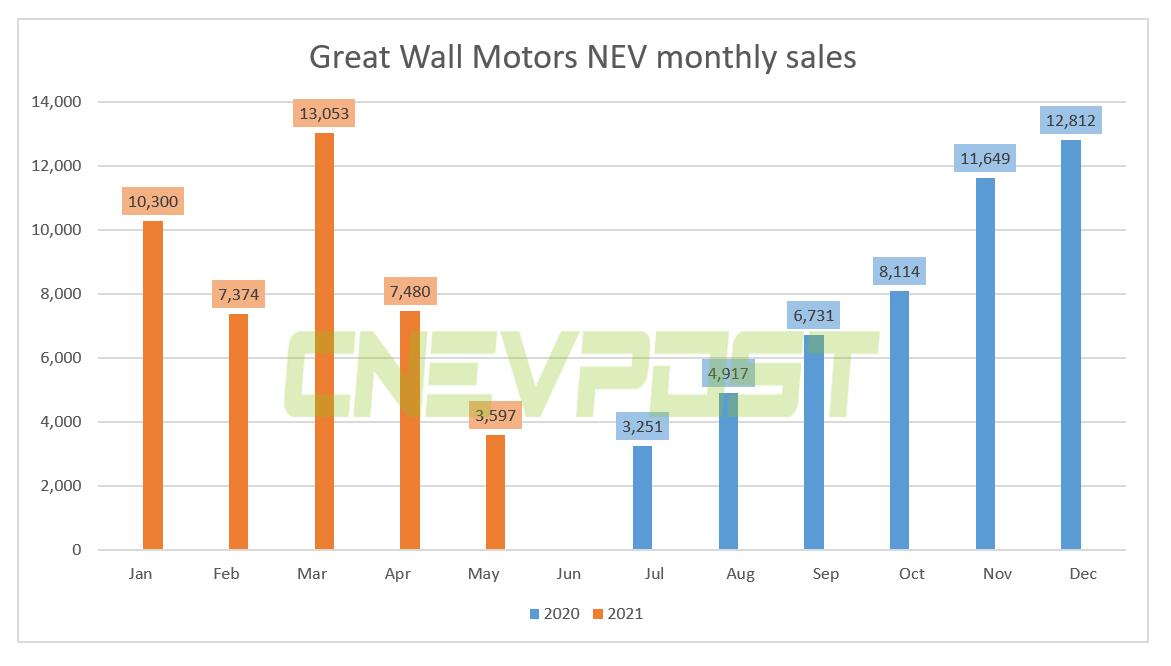 From January to May, Great Wall Motors sold a total of 41,804 new energy vehicles.

Great Wall Motors sold 10,079 units to overseas markets in May, and 47,970 units in total from January to May.

From these figures, Great Wall Motors seems to be largely unaffected by the chip shortage.

Great Wall Motors is more about sourcing from around the world in order to make the company's sales match the manufacturer's plan as soon as possible, Xu Hui, the company's board secretary, said previously.

With the implementation of countermeasures in the second half of the year, the tension should ease significantly, Xu said.