Tesla China's wholesale sales in May reached 33,463 units, up about 201.6 percent from a year ago and 29.48 percent from April, according to data released Tuesday by the China Passenger Car Association (CPCA). 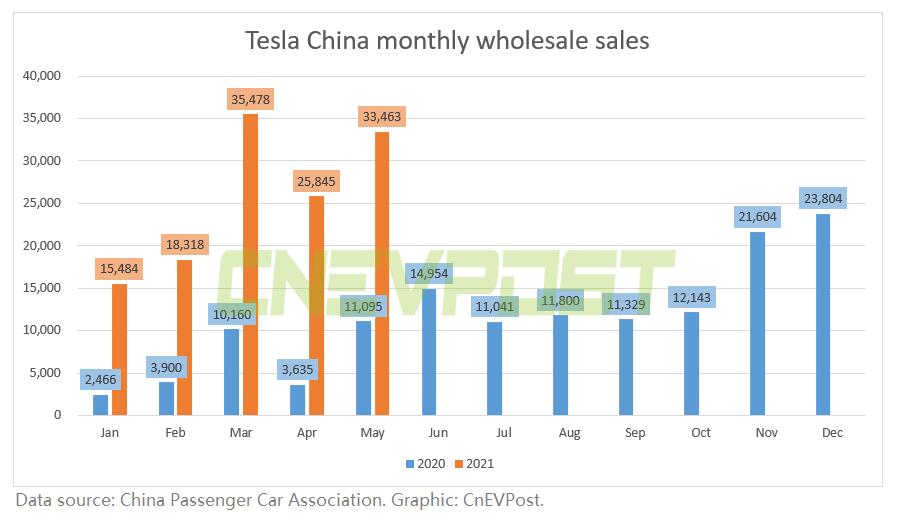 That may help ease many investors' concerns about the company's performance in China, as The Information reported last week, citing sources familiar with the matter, that Tesla's net orders in China nearly halved to about 9,800 in May from more than 18,000 in April.

Even weekly orders have shown no signs of recovery so far, the report said.

Tesla China's retail sales in May reached 21,936 units, the CPCA said, adding that Tesla China exported 11,527 vehicles in May.

This is also the first time the CPCA has announced retail sales for Tesla China.

Retail sales of new energy passenger vehicles in China reached 185,000 units in May, up 177.2 percent year-over-year and up 17.4 percent from April.

Retail penetration of new energy vehicles in China was 11.4 percent in May and 9.4 percent from January to May, a significant increase over the 2020 penetration rate of 5.8 percent, the CPCA said.

Tesla was up about 2 percent in pre-market trading on Tuesday. 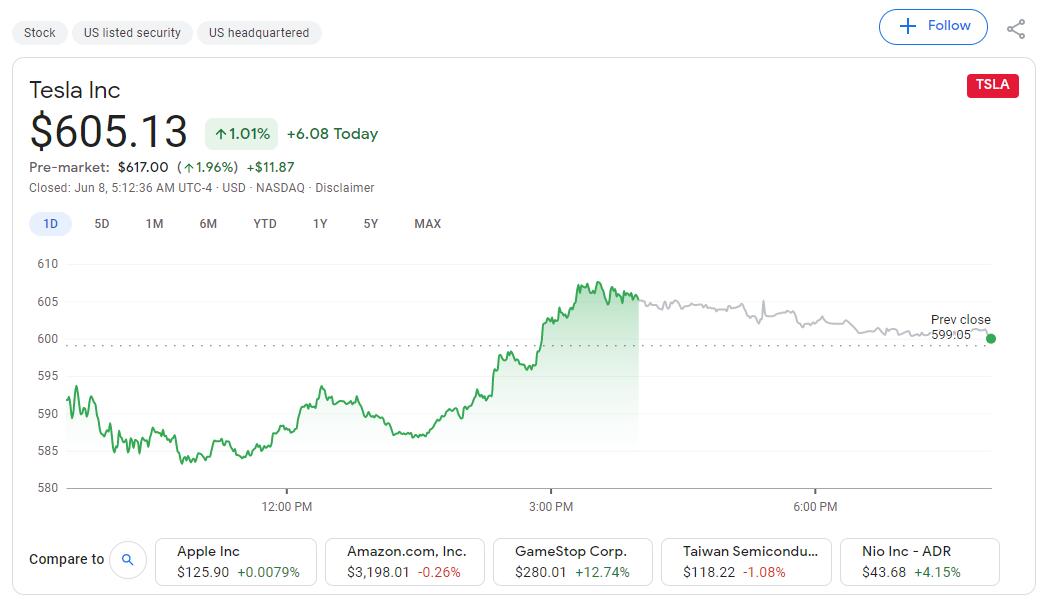 Tesla China's wholesale sales in April were 25,845 units, down 27 percent from 35,478 units in March and up 611 percent from 3,635 units in the same month last year, according to data previously released by the CPCA.