Tesla's May orders in China reportedly halved from April

Tesla's image crisis in China appears to have seriously dampened interest in buying.

Tesla's net orders in China in May were nearly halved to about 9,800 from more than 18,000 in April, The Information reported Thursday, citing sources familiar with the matter.

Even weekly orders so far have not shown any signs of recovery, the report said. 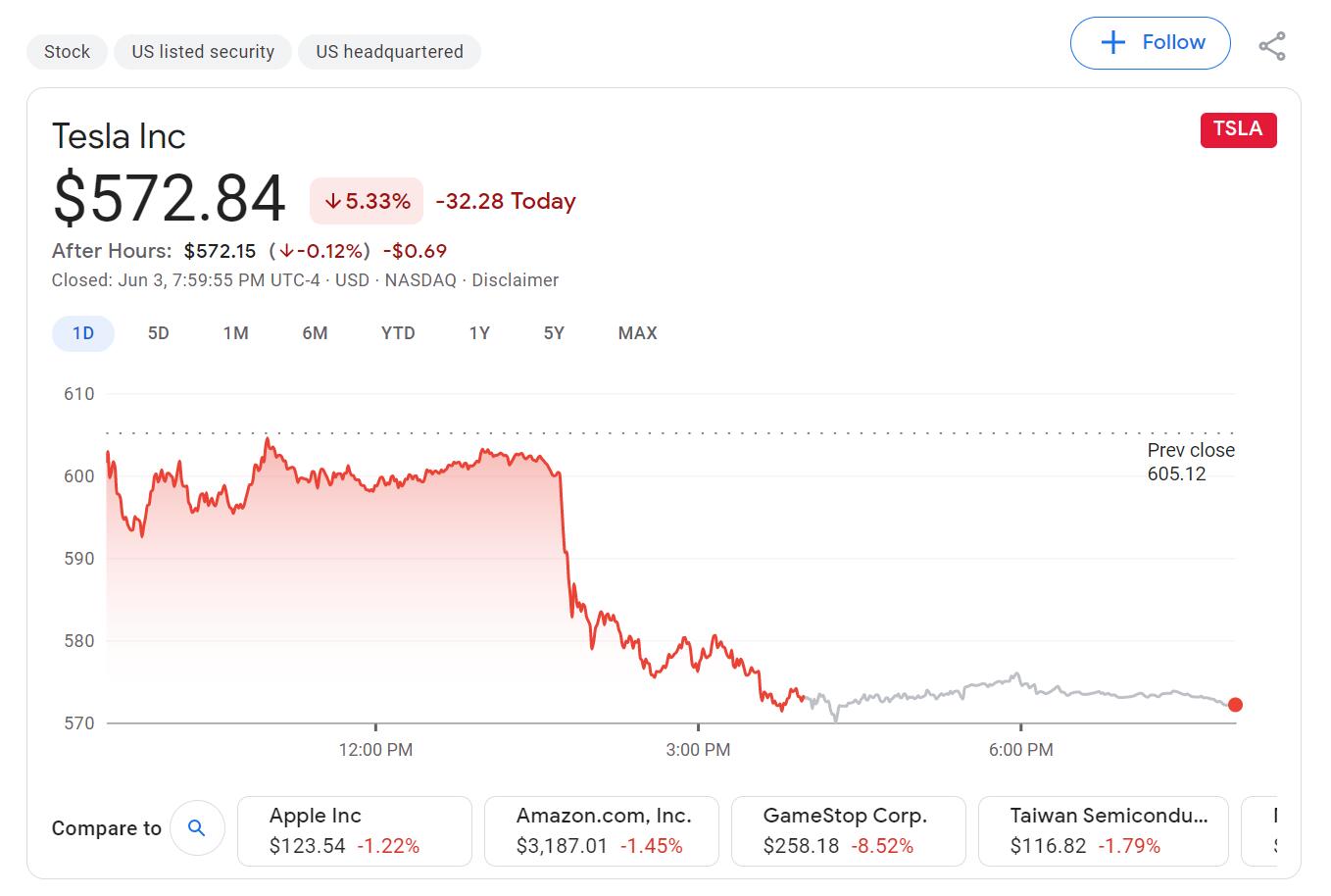 China is Tesla's second-largest market after the US, accounting for about 30 percent of its global sales. Tesla's Shanghai Gigafactory produces the Model 3 and Model Y.

Tesla vehicles were previously highly popular in China, with sales reaching a record 35,478 units in March this year, according to the China Passenger Car Association (CPCA).

But the company continues to encounter complaints from owners in China about brake failure, although so far there is no evidence that this is indeed a quality issue with Tesla vehicles.

The flak the company has faced culminated on April 19 this year with a protest at the Tesla booth on the first day of the Shanghai auto show by a female owner who claimed the brake failure caused her accident.

To date, the dispute remains unresolved. 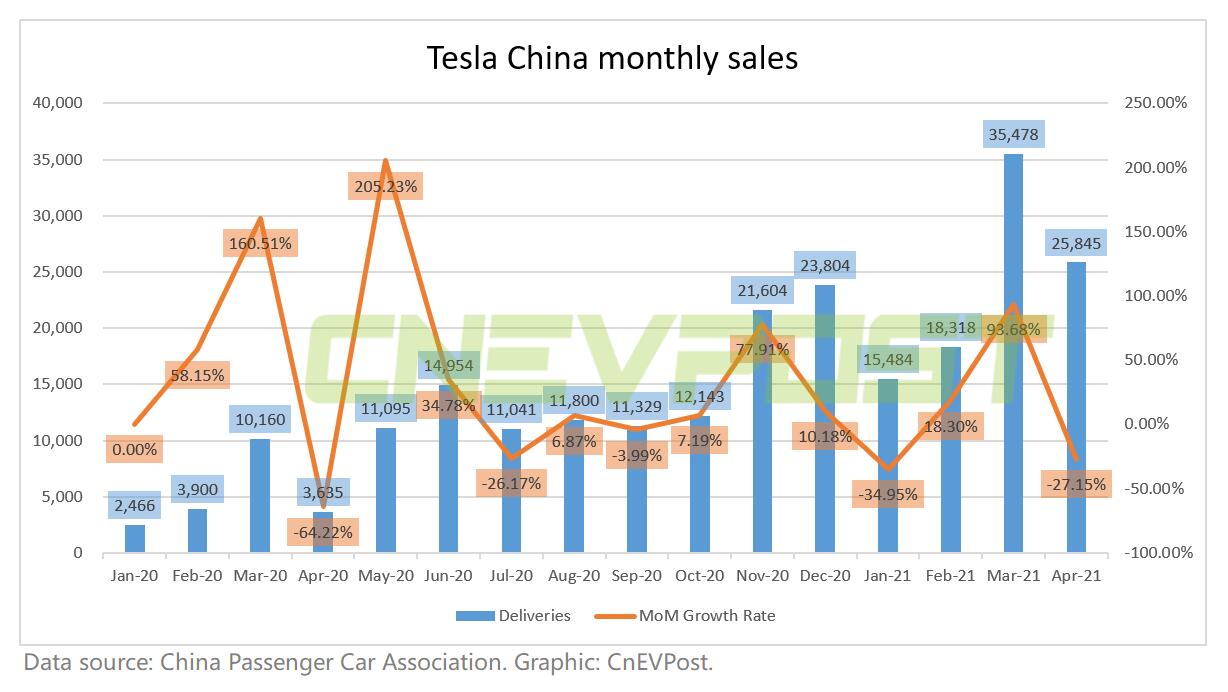 That means Tesla sold just 11,671 vehicles in China in April, a decline of nearly 50 percent from the January-March average of about 23,000 deliveries, Time News reported.

That fact was confirmed by data released by the China Automotive Information Net on May 19, which showed that Tesla delivered 11,949 units in China in April according to license plate registrations, down about 66 percent from a record high of 34,714 units in March.