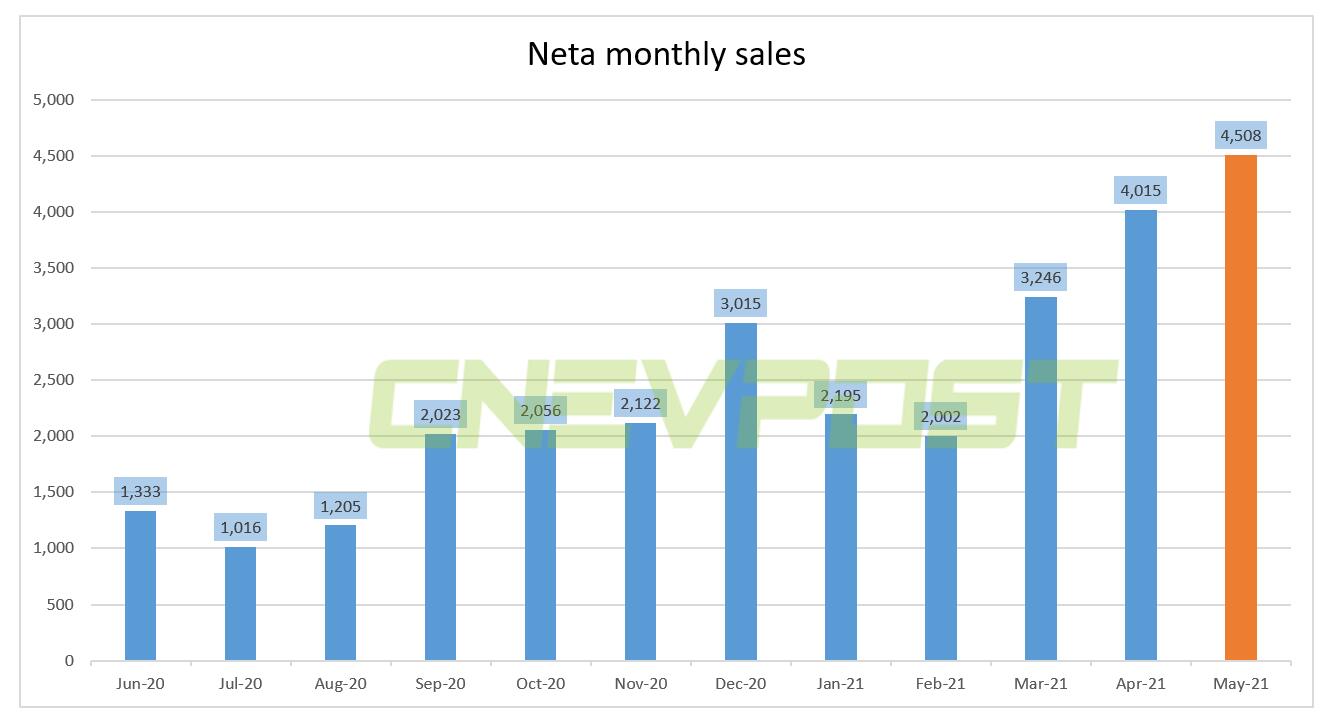 Chinese electric car startup Neta Automobile said Tuesday it sold 4,508 units in May, up 551 percent from a year ago, bringing its cumulative sales from January to May to 15,966 units.

It's the first sales figure Neta has released since Qihoo 360, China's largest cybersecurity company, announced a partnership with it, closing the gap between it and members of the first tier of China's new car makers.

Neta, the electric car brand of Hozon Auto, was founded in October 2014. The first Neta model was launched in November 2018, and as of today, Neta has 2 models on sale - the Neta V and Neta U Pro.

Qihoo 360 announced on May 11 that it has joined hands with Neta to officially enter the smart car field.

Qihoo 360 chairman and CEO Zhou Hongyi said at a conference that day that because NIO, XPeng Motors and Li Auto are already listed, he has limited partners to choose from when he enters the car-making industry.

On May 15, Neta said its total production surpassed 40,000 units as a Neta U Pro rolled off the production line.

NIO released figures yesterday showing it delivered 6,711 vehicles in May, up 95.3 percent from a year earlier.

XPeng Motors delivered 5,686 units in May, a 483 percent jump from the same month last year.