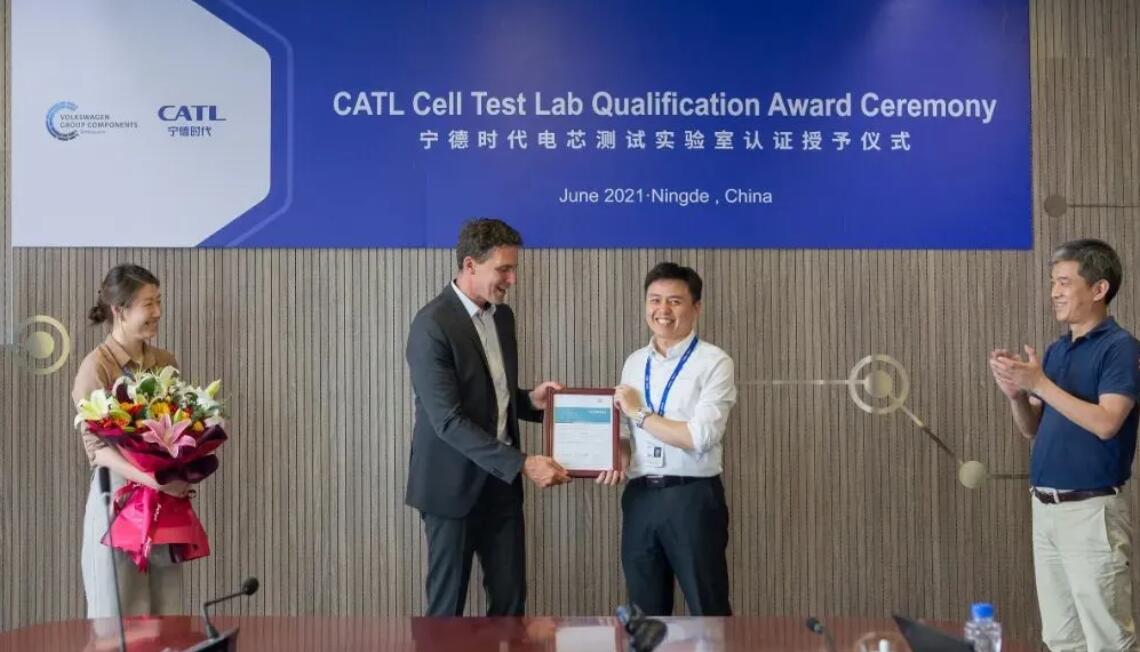 This recognition of CATL's testing and verification capabilities by a leading international automotive company deepens its cooperation with Volkswagen, the company said in a statement on Tuesday.

Volkswagen's optimization recommendations for battery design, based on its deep understanding of vehicle manufacturing, help improve the safety and reliability of battery products, CATL said.

CATL also has its own battery cell testing laboratory, with a total investment of RMB 2 billion ($313 million) and more than 500 professionals in its own testing and validation center.

The CATL Test and Verification Center is the first test center in China's lithium-ion battery industry to have the ability to conduct indoor fire testing at the vehicle level.

Since 2014, CATL and Volkswagen have been cooperating deeply in the fields of MEB, MQB high-voltage platform and 12V and 48V low-voltage battery systems, and all products have been mass-produced.

CATL was founded in 2011 and focuses on the research, development, production and sales of new energy vehicle power battery systems and energy storage systems.

Market research firm SNE Research said on Tuesday that global electric vehicle battery sales in January-April were 65.9 GWh, up 146 percent from 26.8 GWh in the same period last year. Among them, CATL's sales almost quadrupled to 21.4 GWh.