The chip shortage has been a major factor weighing on the valuations of global car companies over the past few months, and the fire at Japan's Renesas Electronics Corp plant has added to its woes. Now, the good news that the plant's capacity is not far from full restoration.

Renesas said Tuesday that the chip plant damaged by the fire in March is expected to return to 100 percent capacity around mid-June as the last batch of replacement equipment is installed.

By the end of May, the company's plant in Naka, eastern Japan, had returned to about 88 percent of its pre-fire capacity, the company said in a statement.

In late March, Renesas said the fire had caused more damage than expected, and on April 17, the company said the plant was back in operation.

At one point, Ford, GM, Hyundai, and Kia were forced to shut down production for days and weeks due to chip shortages. Chinese electric car company NIO had also temporarily suspended production for five working days from late March to early April.

In order to ensure the supply of chips, Tesla is also considering the use of early payment to seize chip capacity, and even consider buying chip factories.

In fact, while car companies still expect chip shortages to be unresolved in the short term, analysts have recently begun to expect marginal improvements in the situation.

In a research note last week, top Chinese investment bank CICC said that chip supply bottlenecks dragging down sales performance and earnings pressure due to raw material price hikes are two of the core concerns investors have about the auto industry.

However, the good news is that the team believes that, looking forward, these two major concerns are improving at the margin, and the share price correction has priced in the pressure.

On the chip supply side, CICC expects it to have an impact on second-quarter sales of around 200,000 units, less than in the first quarter, signaling a marginal improvement in the impact of the chip issue.

Along with the continued easing of chip supply in the third and fourth quarters, China's auto sales are still expected to reach 22 million units for the year, CICC said.

In terms of raw material prices, CICC believes that commodity price increases are coming to an end.

The current acceleration in vaccinations is driving a rapid recovery in production and stabilization of commodity supply and demand, bringing about a phase back after a price spike, the team said.

Notably, shares of the US-listed Chinese EV trio - NIO, XPeng Motors, and Li Auto - have all rallied in the past half month. 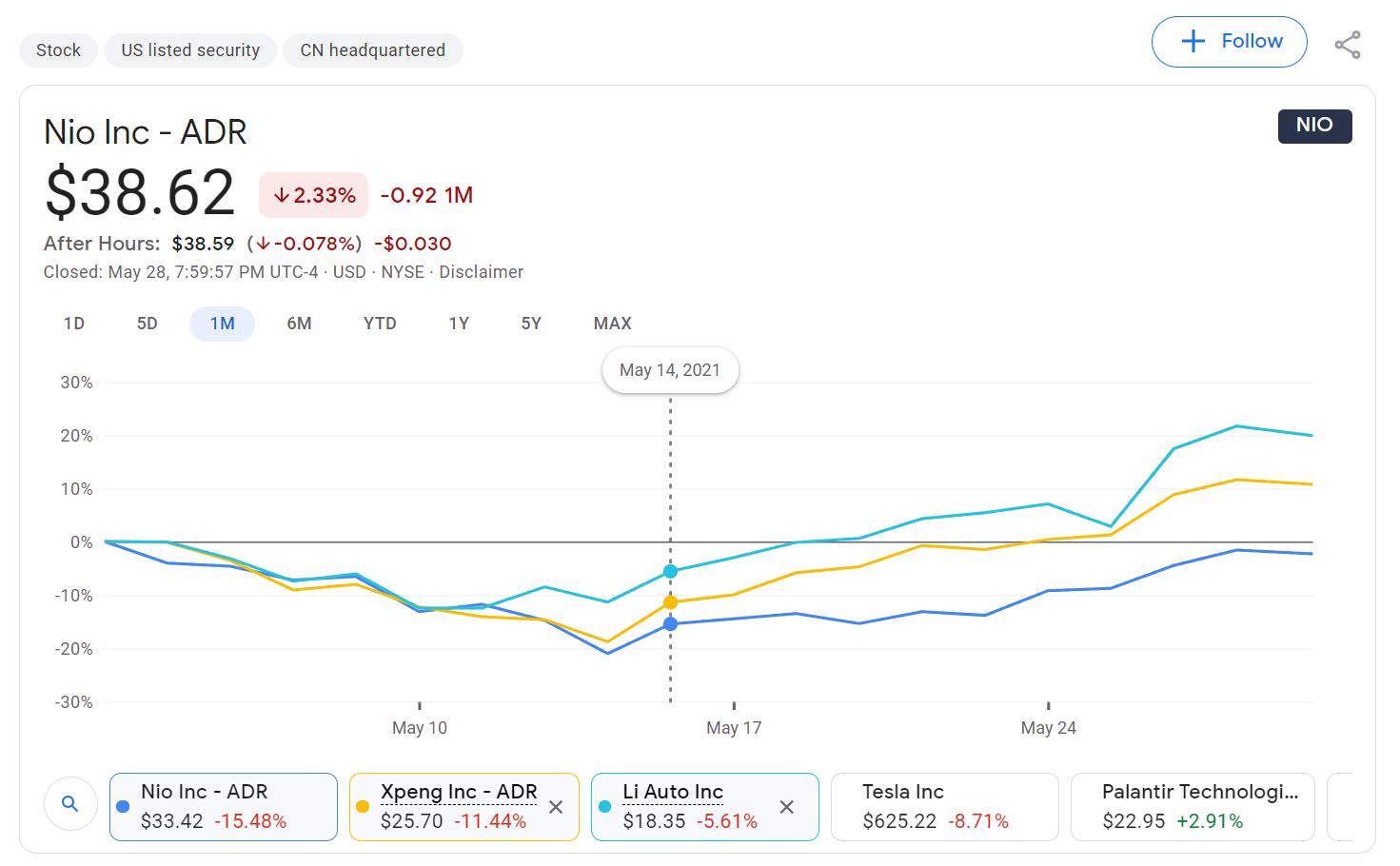