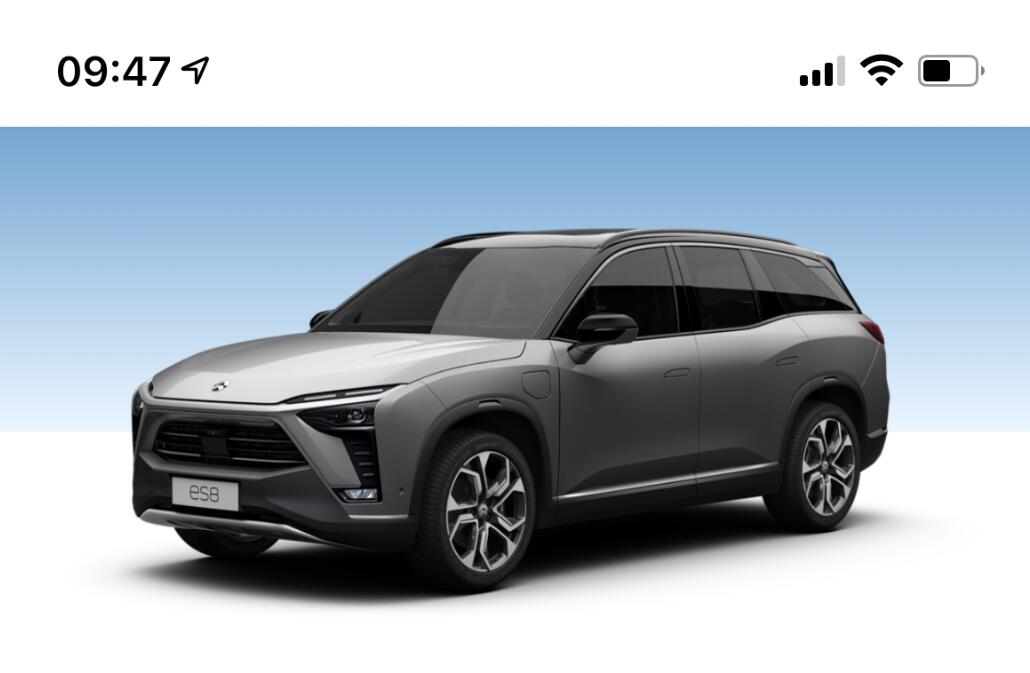 What can a mobile app be used for a car company?

If it is a traditional automaker, its app may mainly function as a product showcase, hoping that potential buyers can go to a 4S dealership to learn more about the vehicle and then buy one.

If it's a new energy company, its app can usually meet vehicle management needs such as adjusting air conditioning and opening and closing windows. And an app that can provide these functions is already considered excellent, after all, a few years ago most car owners could not enjoy such convenience.

What if it's NIO? Beyond these basic functions, the Chinese premium electric car company's innovation in its app is probably far underestimated.

According to data released by NIO on Sunday, the NIO app has more than 1.6 million registered users and more than 200,000 daily active users.

To many Chinese, this seems incredible. How can a car company's app get the number of users that can rival a social media startup unicorn?

This is because they never understood the NIO app in-depth and did not know what other capabilities the app had besides managing vehicles.

It's even harder to get English-speaking users to understand this fact when local Chinese users don't even know about it.

NIO does not currently have an English version of the app, and an exclusive app for the Norwegian market will only be available until July of this year.

If the NIO app is just a simple vehicle management tool, then getting over 1.6 million registered users is mission impossible for a car startup that's only a few years old.

NIO's trick is the company's constant claim to be a "user company," a term that rings hollow to many.

In our opinion, NIO's positioning of its app is similar in nature to that of a Chinese startup Unicorn, albeit with a smaller user base.

The company is called Xiaohongshu, a social media and e-commerce platform that is in the midst of a Pre-IPO round of funding with a target valuation of $10 billion.

On Xiaohongshu, there are a large number of creators who provide content in their areas of interest and share their knowledge or experiences of using some products. These contents are put in the first button of the app, the "Home" channel.

For Chinese authors, it is a platform that cannot be ignored for content distribution. If you have enough followers here, you can rely on this platform to earn a living.

The second button of the app is "Mall", which suggests products that users may be interested in, and this section constitutes its main source of revenue.

Back to the NIO app, its first button is called "Discover", which is also used to display the content posted by users and recommend them according to a certain algorithm.

Here you can see the business news posted by NIO, and the car buying and using tips shared by owners, many of which have been read by tens of thousands of people.

The NIO app also has a button similar to Xiaohongshu's to showcase the products of its e-commerce business NIO Life, despite it is placed to the right of the vehicle management button.

Here, you can buy EP9 models, wine, coffee, suitcases, and even towels.

One of NIO's most promising projects

In fact, NIO Life has become one of NIO's most promising projects outside of selling cars.

Established in 2018, NIO Life is an important means for NIO to build relationships with users outside of cars, and as of the end of April, it has already shipped more than 3 million items, covering eight categories: apparel and accessories, suitcases, technology products, home products, car life, car models and toys, hotel experience categories, and food.

NIO Life head and senior director Liu Jie had revealed in October last year that there are car owners and non-car owners who buy NIO lifestyle products, with a ratio of 1:1. "Our core audience group is the new middle class in first and second-tier cities, mostly male car owners."

NIO's focus on NIO Life is also evident in a recent move by the company, which announced on May 14 that NIO Life has opened a flagship store on Alibaba's Tmall platform in order to "share the pleasurable lifestyle to more people."

In an article earlier this month, China Automotive News, a subsidiary of China's state-owned media People's Daily, mentioned NIO as a leader in innovation in automotive peripherals.

NIO Life's product sales have also long been a sweet spot for NIO, and the popularity of peripheral products was once a major business highlight for NIO during a period of slow sales climb, and also largely increased its user loyalty, the article said.

"Some of the popular products on NIO Life are sometimes hard to get. NIO also runs some promotions like 'Double 11', which are quite popular," the report quoted Mr. Zhang, an NIO ES6 owner, as saying, adding that buying peripheral products launched by NIO has become part of his life.

NIO offers points rewards to users who log in to its app every day, so Mr. Zhang logs in almost every day, far more often than other shopping apps, the report said.

One NIO car owner has dedicated a villa to collecting various NIO Life products. For just one thermos, he would collect several different colors, the report mentioned.

"The most important thing for NIO Life is to make the product well. If you always think about profit, the product will definitely not do well. After the product is done well, many things will come naturally afterwards," Liu was quoted as saying in the report.