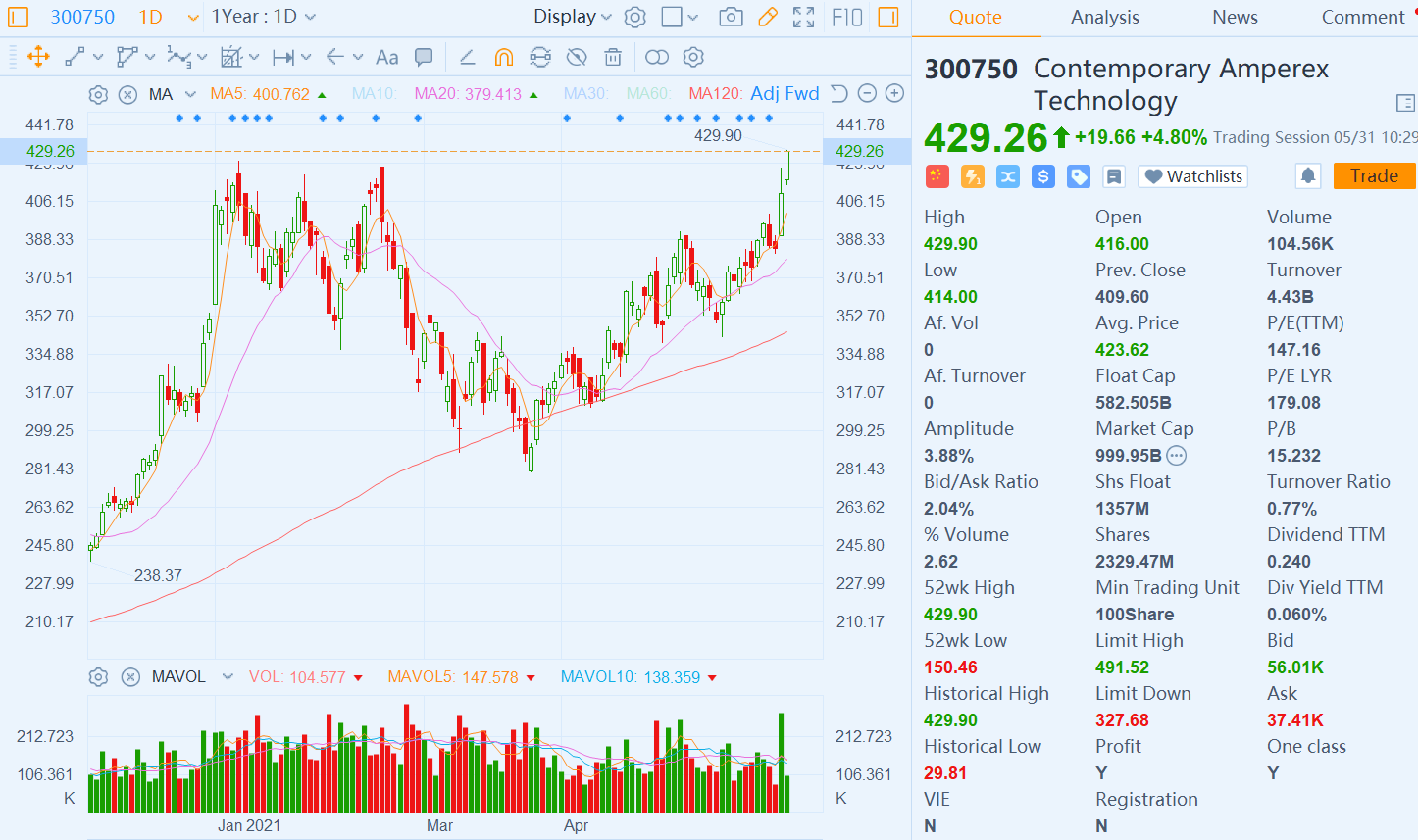 This makes the largest Chinese power battery supplier the first company on the ChiNext Index, China's NASDAQ-style board of growth enterprises, to hit RMB 1 trillion in market capitalization.

CATL's shares have surged about 46 percent since March 25.

CATL's surge also pushed the ChiNext Index up about 2% on Monday, topping 3,300 for the first time since Feb. 19.

CATL is China's largest power battery supplier, with a long-term market share of about half in the country. In the first half of 2020, NIO contributed about 12 percent of its installed capacity.

In April 2021, China's power battery installed base was 8.4 GWh, down about 7% from March and up 134% year-over-year, according to the China Automotive Battery Innovation Alliance.

Notably, this is the first time this year that CATL's market share has fallen below 50%, a new low since July last year.

On May 20, CATL announced an expanded global partnership with Germany's Daimler Trucks, which will supply batteries for the Mercedes-Benz eActros LongHaul long-haul electric truck starting in 2024.

The two companies will also work together to design and develop next-generation cells and battery packs adapted to the trucks, according to their statement.

CATL will supply lithium-ion battery packs for the eActros LongHaul electric truck, scheduled for mass production in 2024, for a supply period beyond 2030.

On May 21, Robin Zeng, founder of NIO and Tesla's battery supplier Contemporary Amperex Technology (CATL), said at a shareholder meeting that the company will release sodium-ion batteries around July of this year.

This means that the power battery technology will see a major innovation. Zeng said sodium-ion batteries are likely to be more expensive than lithium-ion batteries because they are a new concept. 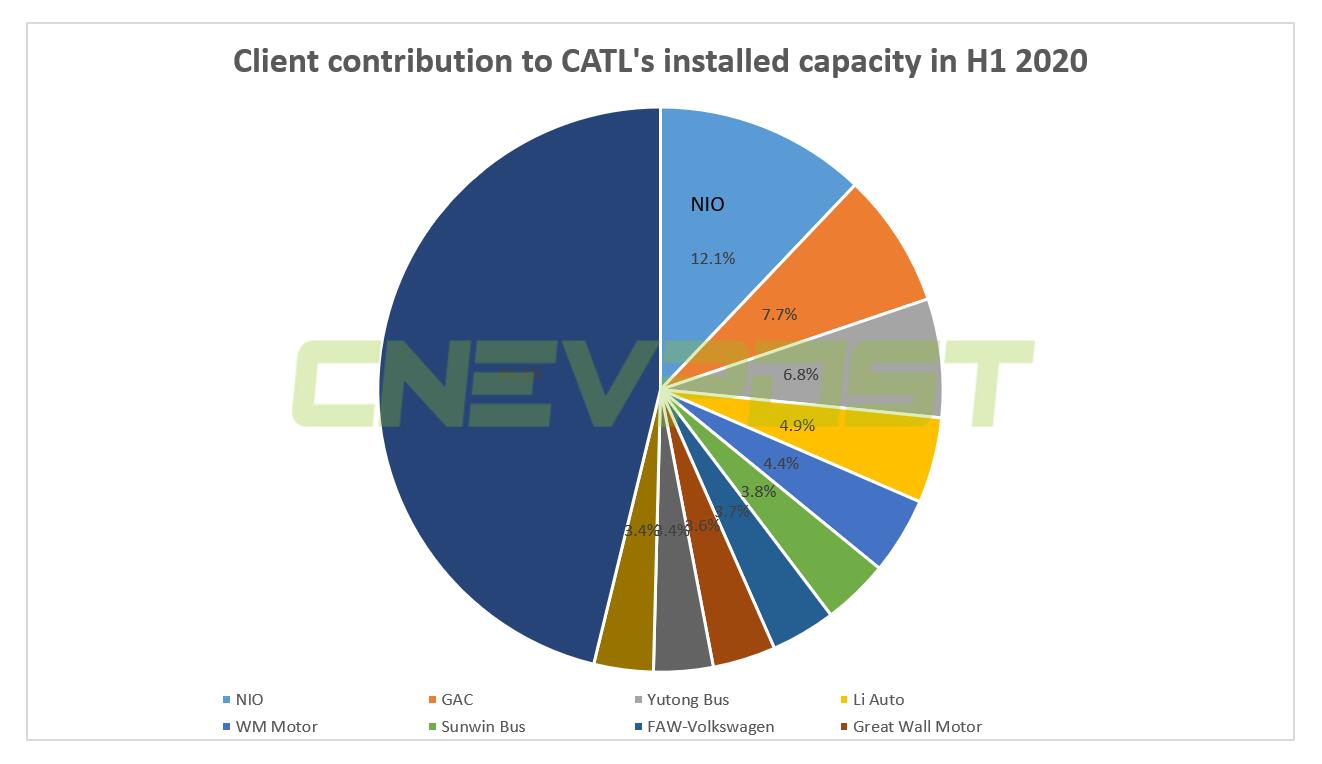