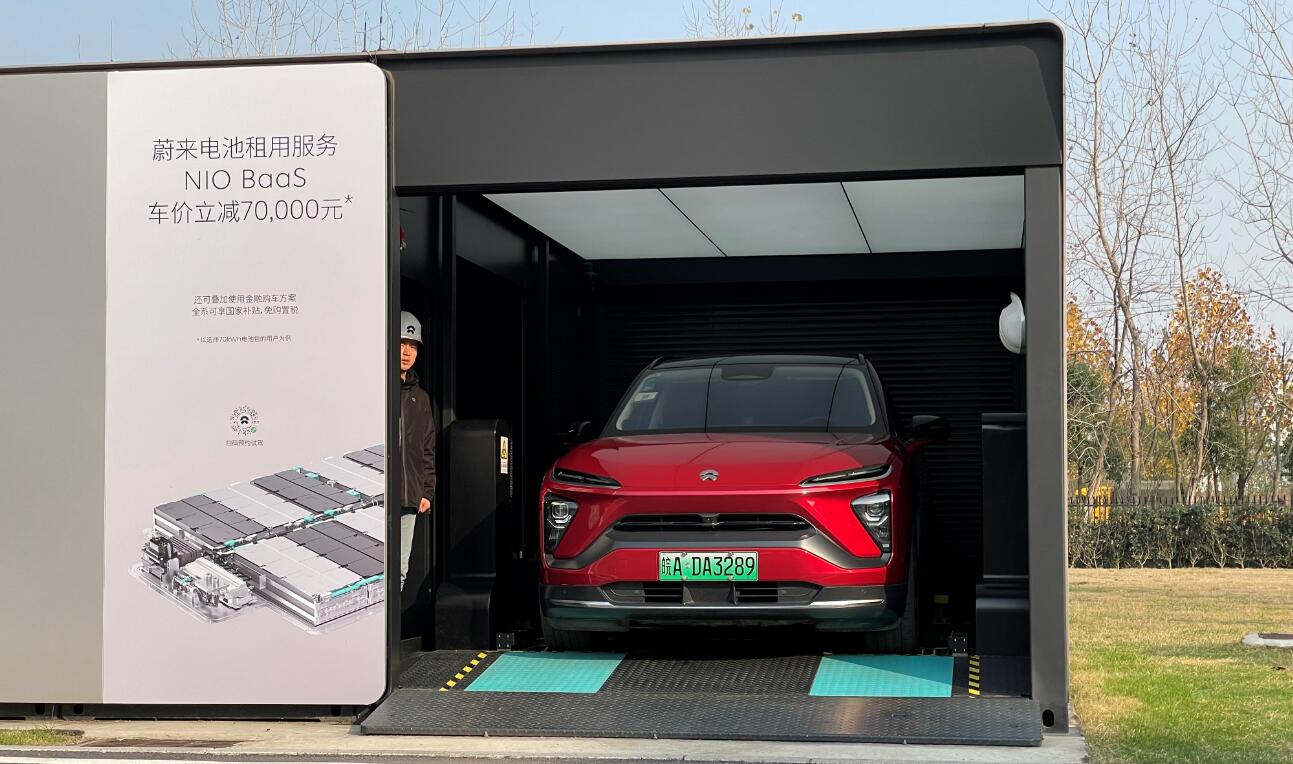 China will start a nationwide pilot program for the application of the battery swap model of new energy vehicles in the second half of the year, with cities being asked to complete work plans for participating in the pilot by the end of May, the official Securities Daily said Thursday, citing China's Ministry of Industry and Information Technology (MIIT).

The program, to be jointly carried out by the MIIT and the National Energy Administration, aims to encourage the pilot in the public sector first, including public transportation, rental, urban logistics and distribution, ports and mines, as well as to promote commercial operation in the private sector, the report said.

At present, charging is the main way to replenish the energy of new energy vehicles. In contrast, the battery swap model fell into silence due to the constraints of high initial investment costs and long profit cycles.

However, with the deepening of power supply reform and the breakthrough and improvement of battery swap technology, the industry has a new understanding of the battery swap model, the report said, adding that the model has finally found an accurate market position after several twists and turns.

"Many users told us that they chose NIO for the battery swap model because many in China can't install home charging piles," the report quoted NIO Power Vice President Shen Fei as saying.

The battery swap model is already a core competency for NIO and will play a key role in challenging Tesla, Shen said according to the report.

Jia Junguo of State Grid's marketing department said the battery swap model allows users to buy only the body when buying an electric car, which can effectively reduce the cost of purchasing a car and is more conducive to the popularity of new energy vehicles.

In China's electric vehicle market, vehicles that support battery swap are already taking shape, with NIO being the only car company to deliver such models on a large scale for general consumers.

Other car companies, including BAIC, have similar models, though all are low-end models for the cab market.

The Securities Daily reported that the reason for EV companies to insist on using the charging model is clear: they can control core technologies such as batteries independently, and thus control the profits from battery technology.

But companies, including State Grid, argue that the battery swap model is more conducive to lower costs and is an important opportunity that could allow the EV market to grow rapidly, according to the report.

Despite the arguments, if the charging model evolves into a barrier to the promotion of electric vehicles, it is only a matter of time before it changes, said the above report.

Behind the seemingly prosperous charging industry, its business logic has faltered, the Securities Daily said.

The report cites a car company executive as saying that the charging model has constrained and even hindered the development of new energy vehicles, while battery swap model allows new energy vehicle users to more easily replenish their cars' power through the addition of power reserve devices such as batteries.

The report cited industry sources as predicting that by 2025, the battery swap model could bring in RMB 18 billion ($2.8 billion) in demand and market size of more than 100 billion yuan.

Until then, it will be difficult to unify vehicle components due to the different development routes of new energy vehicle companies, which will be a major bottleneck for the widespread promotion of the "battery swap model".

But it is worth noting that, as CnEVPost mentioned earlier, China's State Administration for Market Regulation (SAMR) approved the national standard of Safety Requirements for Electric Vehicle Battery Swap (GB/T 40032-2021) earlier this month, making it the industry's first mandatory standard governing the development of the battery swap model.

The standard, drafted by companies including NIO, Beijing Electric Vehicle Co Ltd, and Geely, will come into effect on November 1 this year, setting out the safety requirements, test methods, and inspection rules for battery swappable electric vehicles.