After reports a month ago that it had launched a car-making project, Xiaomi eco-chain company Roborock seems to be on the move.

Roborock recently applied for Chinese trademark registration for "Roborock Smart Car," which according to data provider Tianyancha, is classified as a means of transportation in the international classification and has a status of under application.

On April 9, Chinese media reported that Roborock has launched a car project with its founder and CEO Chang Jing at the helm.

The project operates under an independent car company, with Roborock making a contribution to the company, the report said.

Like Li Auto, the company has chosen the extended-range technology route for its first vehicle, with an initial product positioned as a hard-core off-road model similar to the Mercedes-Benz G series, the report said.

The project has been launched at the end of 2020 with an angel round valuation of $240 million, the report said, adding that former WM Motor CTO Yan Feng has joined the team.

Roborock is the star company in the Xiaomi ecosystem, with its main business being smart cleaning hardware such as robot vacuum.

Roborock rose more than 10 percent to RMB 1,390 on Monday, with a market capitalization of RMB 92.9 billion, amid a surge in Chinese stocks, particularly in the auto sector. The stock has risen about 68 percent in the past six months. 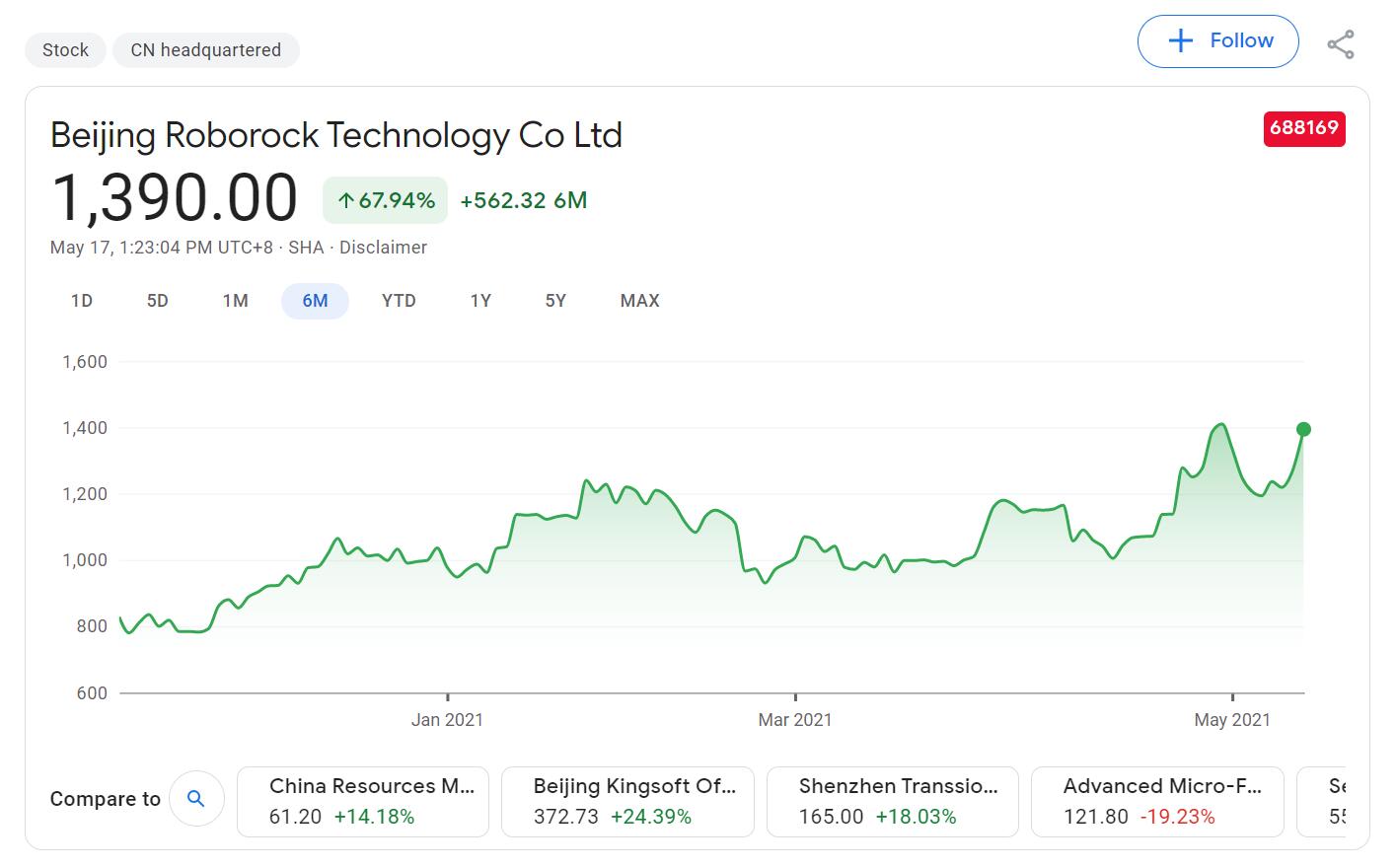