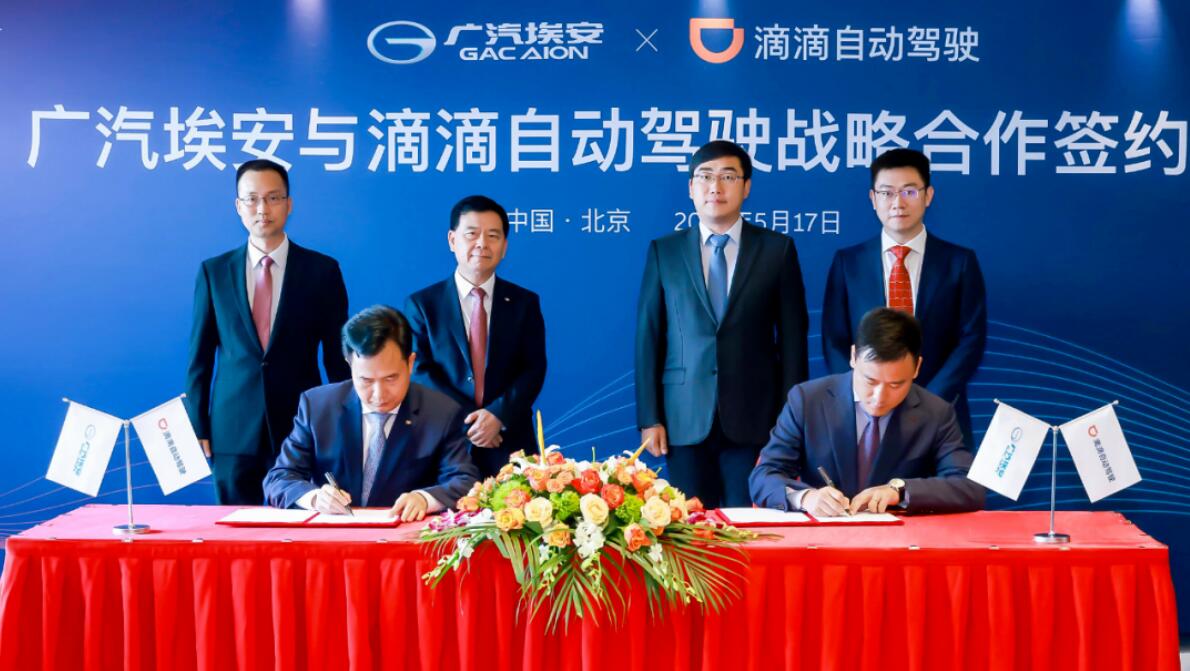 GAC Aion, the new energy vehicle brand of GAC Group, announced on May 17 that it has entered into strategic cooperation with the autonomous driving division of ride-hailing giant Didi Chuxing to jointly build driverless new energy vehicles.

The two sides will explore joint ventures and cooperation models in the field of intelligent vehicles, utilizing GAC Aion's self-driving vehicle platform and vehicle design and manufacturing capabilities with Didi's self-driving software and hardware technology development advantages, according to a statement.

The two will work together to develop a new driverless new energy model that can be put into scale application from the basic dimensions of wire-controlled chassis, autonomous driving sensors and system integration, and push ahead with mass production at full speed, the statement said.