Home XPeng XPeng delivers 5,102 vehicles in March, up 130% from February 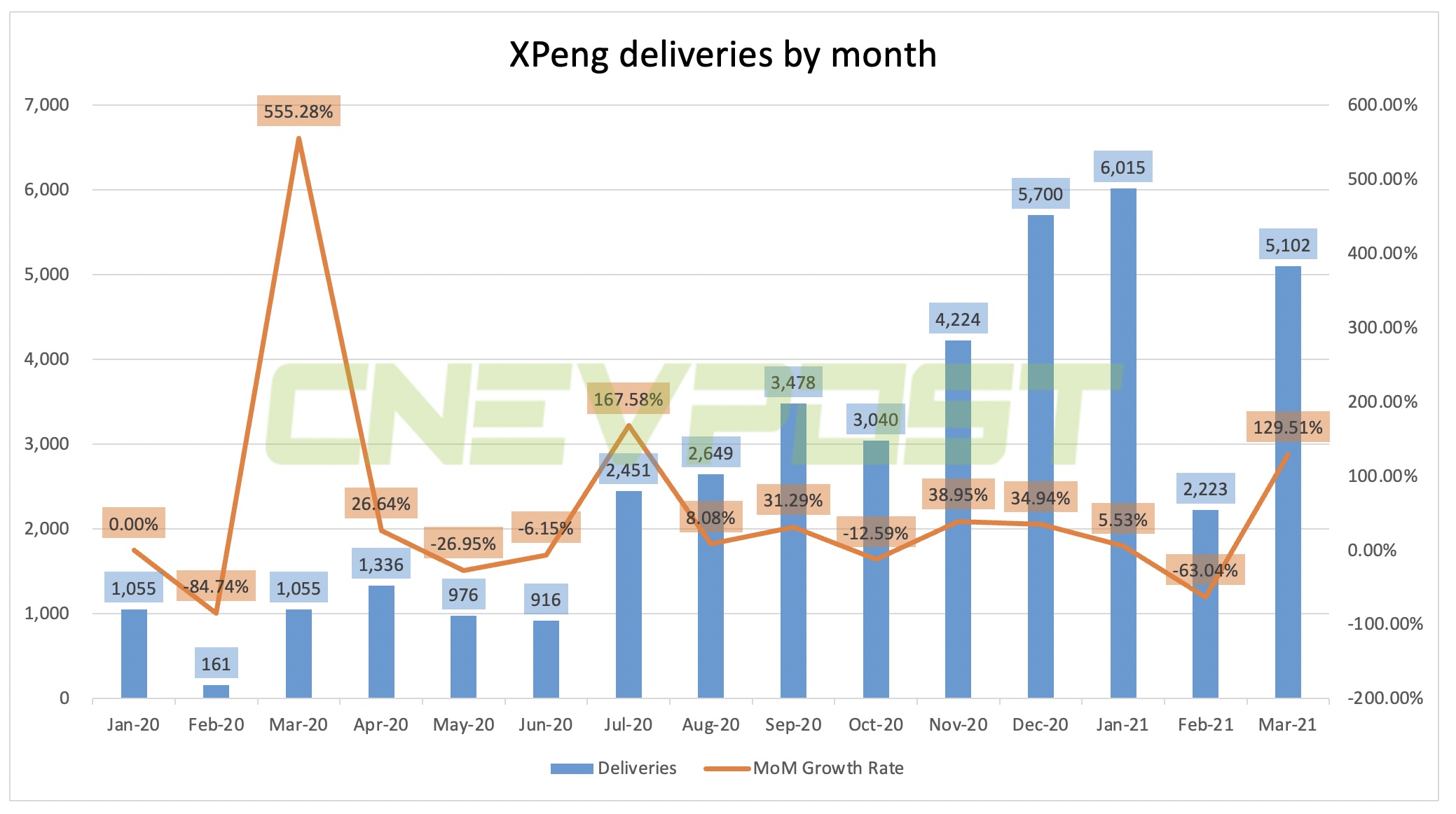 XPeng Motors delivered 5,102 vehicles in March, up 384 percent from a year ago and 130 percent from the previous month, according to figures released today by the Chinese electric vehicle company.

In March, XPeng started deliveries of its P7 Wing edition which was unveiled in November last year.

It also launched lithium iron phosphate, or LFP, battery-powered G3 SUVs and P7 sedans in China, anticipating deliveries to begin in April and May, respectively.

The company said it plans to announce the third model in the second quarter, with deliveries scheduled for the fourth quarter of 2021.